Our chocolate is healthy

(in moderation of course)

Everyone seems to have their own idea of what is and isn’t healthy these days. However, this is a quick look at why we believe our chocolate is healthy (in moderation of course).

The cacao bean is a mysterious and complex seed that is high in fiber, minerals, vitamins and antioxidants. It may also lower blood pressure, improve brain function and protect against heart disease. (See below for more info).

We DO NOT use dairy, gluten, soya, emulsifiers or anything unnatural. We DO use organic whole foods such as coconuts, hazelnuts, dates and almonds.

The cacao bean, from which all chocolate is made, is not a bean or a legume, but a seed from the fruit that grows on the Theobroma Cacao Tree native to the deep tropical regions of South America.

Theobroma means “food of the gods”, which is an indication of the value attributed to this seed. They were once traded as currency among the Mayans and other ancient South American civilisations because they were believed to have medicinal and aphrodisiacal properties.

To this day, the cacao bean has been labeled a “super fruit” as result of its high nutritional value. It is rich in fiber and contains minerals such as iron, magnesium, copper and manganese. It is high in organic compounds such as polyphenols, flavanols and catechins making it one of the richest sources of antioxidants on the planet. The flavanols also stimulate the lining of the arteries to produce a gas called Nitric Oxide. This gas sends signals to the arteries to relax which increases blood flow.

Consequently, this can lower blood pressure, improve short-term brain function and protect the skin against the sun.

Aztecs called the cacao bean “yollotl eztli”, which means “heart blood”. This is particularly appropriate, as many observational studies have recorded a significant reduction in heart disease amongst groups of people who eat dark chocolate regularly. This may be because the cacao bean has been shown to lower unhealthy cholesterol (LDL), and to increase healthy cholesterol (HDL).

However, if you want to enjoy the full health benefits of this seed then you should eat it without dairy because this can inhibit the body’s ability to absorb antioxidants.

Palmyra tree blossom is the crystallised nectar from the flower of the Palmyra palm tree (Borassus Flabellifer), which is grown organically in South East India. It is a delicious and highly nutritious ingredient with a completely natural caramel-like taste.

Palmyra tree blossom is widely used in Ayurvedic medicine, and it is easy to see why considering it is alkaline and contains an abundance of numerous vitamins and minerals including iron, calcium, potassium, magnesium, vitamin C, B1, B2, B3, B6 and VITAMIN B12.

It also has a low GI and a fructose content of only 3%, which is minimal relative to coconut sugar that is 40% fructose.

Latest from our blog 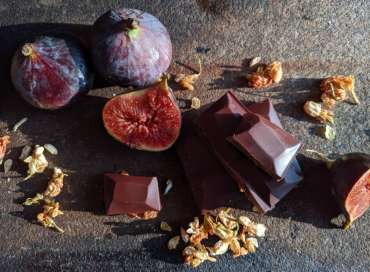 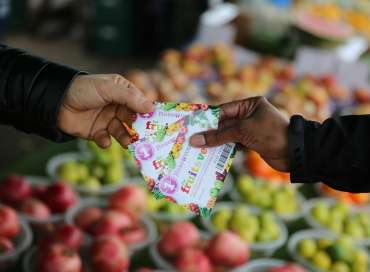 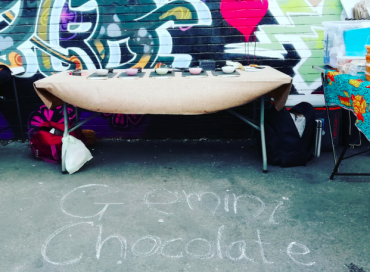 A year in London

This website uses cookies to improve your experience while you navigate through the website. Out of these, the cookies that are categorized as necessary are stored on your browser as they are essential for the working of basic functionalities of the website. We also use third-party cookies that help us analyze and understand how you use this website. These cookies will be stored in your browser only with your consent. You also have the option to opt-out of these cookies. But opting out of some of these cookies may affect your browsing experience.
Necessary Always Enabled
Necessary cookies are absolutely essential for the website to function properly. This category only includes cookies that ensures basic functionalities and security features of the website. These cookies do not store any personal information.
Non-necessary
Any cookies that may not be particularly necessary for the website to function and is used specifically to collect user personal data via analytics, ads, other embedded contents are termed as non-necessary cookies. It is mandatory to procure user consent prior to running these cookies on your website.
SAVE & ACCEPT
0